How I Got the Story: In God’s Name

If you’re looking to breathe life into your reporting, Alexandra Zayas has a guiding principle to share: “If you can get out of the office, do it.”

It’s a principal that served the former Tampa Bay Times reporter well during her first investigative assignment, “In God’s Name”, which led her to visit religious boarding schools in Florida and became a finalist for the Pulitzer Prize in Investigative Reporting in 2013. 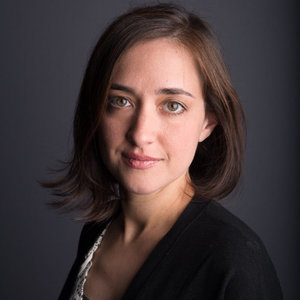 “Even if you think no one in their right mind would let you in, just go,” said Zayas, who is now a senior editor with ProPublica. “A big part of reporting is bravery, just getting over your anxiety and just doing it.”

And she did just that while reporting the series, which chronicles abuses at these schools, where students were subjected to brutal punishments, forced to eat stomach-churning food and held for days in solitary confinement. During her year-long reporting process, she obtained thousands of documents, from police reports to lawsuits, and spoke at length with former students.

But a distinctive element in the series was Zayas getting inside the schools themselves, where she ate a bowl of the punishment meals forced on students — and got down on the floor to smell for vomit and urine in the carpet of an isolation cell where some students were held.

“I was actually sick for three days after eating the bowl,” she said.

What emanated was an engrossing, meticulous catalogue of years of abuse at unlicensed religious schools. Some of the schools had been stripped of their religious exemptions but continued to operate without credentials.

Here, Zayas brings us behind the scenes of her reporting and explains just how she got the story.

CONNECT DOTS OTHERS FAILED TO CONNECT.

“I started looking into these juvenile facilities based on a tip. An editor asked a very good question: ‘Who regulates these places?’

I had come across FACCCA [Florida Association of Christian Child Caring Agencies]. On their website, I learned about the 1984 religious exemption law [a law that put religious homes under FACCCA [purview instead of state regulators].

I did a very routine clip search. I ran all of the names of the homes that FACCA had listed on its website that it oversaw. And I just pulled up the history of news reports on them and I found quite a few troubled homes.

Many of these homes are in remote, rural places. So if there was a story about, for example, a bunch of sex abuse lawsuits against one place, it might be covered by that local paper. And then a few hours south, there might be a home that has another set of lawsuits written about by that local paper.

No one had really taken a statewide look. In doing these kinds of individual background checks on these places, you’re able to see, ‘Okay, there’s smoke here.’ They’re troubled, but nobody had figured out why. And no one had figured out that they were part of the same problem.”

“I had years upon years of these lists of names of the homes.

So I called the police department of every single one and I said give me every record you have on these places as far back as they go. So I had thousands of police reports that I looked through.

And there were kids’ names in there. Even if the child’s name was redacted, their next of kin or maybe a witness might have been named in there.

There were also lawsuits I had gotten that had names of parents who were suing because of child abuse or bad experiences.”

“Once I was able to identify a couple of the kids, I would find them on Facebook and I would see how many of their friends also listed they went the same school. So I was able to build kind of makeshift student rosters based all on Facebook.

Most of the interviews in the story with the kids that went to these places began on Facebook.”

“I did not publish anything that was not verified by multiple sources. So often times the paper documents gave a seed of verification.

For example, one of the homes was accused of using girls to restrain other girls and sit on them for hours at a time. There was actually a police report of a person who brought his daughter to the police station because she was bit in the leg while trying to restrain a girl. So that tells me that if girls are restraining others, there’s verification to that.

I also interviewed every single one of these girls separately and in a very open-ended way; I didn’t ask any leading questions, I asked them all the same questions and I was hearing the exact same thing.

There was a scene in which a girl was held down by two girls and beaten by the pastor’s wife with a rod from the blinds. I heard that story in great detail not only from that girl, but also from the two girls who were holding her down.

“The first time I reached out to the schools, I said I was looking into FACCA and the religious exemption. Very open-ended—can I just tour your school?

And they pretty much all blew me off. So I just kept reporting. I went back to them and said, ‘Well okay, over the course of the past eight months, I’ve amassed this much information and I’ve heard from this many students who all said the same thing.’

So, for example, with Lighthouse, I have an email to them that says, ‘I’ve spoken with 10 former students who attended the school while you’ve served as the school leader. Each of them describe a system of discipline and control, one in which girls tackle, retrain, and witness discipline of another girl.

That was an approach that actually did win me access because I told them, ‘We’re ready to publish and I feel like the story could benefit from the context you can provide.’”

REPORT FOR THE SENSES.

[Another school] allowed me unfettered access to be able to speak with the students. I actually ate a bowl of food—it was a bowl of mushy vegetables swimming in vinegar that was used as punishment food for the kids. And I was actually sick for three days after eating the bowl, which was a very good reporting opportunity.

“It’s all about fairness for me, and being able to convey that to the other person. Because no matter what I think going into something, I know that if I keep my mind open and if I try to see things from their perspective, I will get material out of it that will be useful for the story.

I wanted to be really respectful. [At one of the schools] women don’t even wear pants. So I went and I wore a long dress. I sat through a service.

I was honest and transparent. I said, ‘Look, here’s what I’ve heard.’ And I asked a lot of questions about kind of how the place came about. But I didn’t softball, I never softball the interviews. I like to lay my cards out on the table—‘Here’s everything I know.’ It creates a much more open and honest dialogue.

Those interviews can be disarming, because even though I’m telling you the content that I have, I’m not doing it in a way that’s argumentative. I’m just laying out what I know and telling you I need to know more.”

“There are so many seemingly magical moments that happen in reporting where you find a document in the trash or someone lets you in and you get into the seclusion cell smelling the carpet.

And also, think outside the box when it comes to documents. Think about who might have access to that document and try to get them to give it to you. If a family member has access, drive them to get the document, offer to pay the fees for the documents. Make it as easy as possible.

Because the heart of your story is people, but the backbone is documentation.”