How I Got the Story: Exploitation of American Military

RENOWNED JOURNALIST DIANA B. HENRIQUES SHARES WHAT IT TOOK TO REPORT HER AWARD-WINNING SERIES THAT EXPOSED HOW MEMBERS OF THE MILITARY WERE BEING TAKEN ADVANTAGE OF BY SHADY FINANCIAL FIRMS.
Published April 24, 2018 | 5 min read
By Scott Simone

By 2004, Diana B. Henriques was already one of the most well-respected and award-winning business and financial journalists in the country. The longtime New York Times reporter had become the go-to person on staff with respect to mutual fund issues, and had been a part of the reporting team that was named a Pulitzer finalist in 2003 for its coverage of the aftermath of the Enron scandals.

But a tip would bring her into a world with which she wasn’t exactly attuned: the military.

“I got a call telling me that there was a sales organization that was marketing something called contractual plan mutual funds to service members in a very aggressive way,” says Henriques. “Now this was sort of like calling me and telling me that the local pet store was offering baby dinosaurs for sale.” 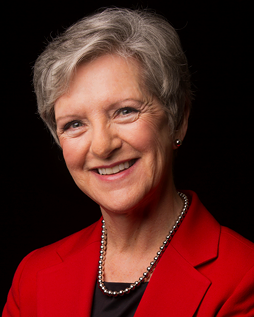 So she decided to check it out. “That was interesting to me because if there was some creature out there that looked like this scandal-ridden fund I should probably know about it and figure out what it was,” she says. “It didn’t take long to find out that [the company] was indeed selling these contractual plan mutual funds—and to an exclusively military clientele.”

The tip led her down a long, rugged road of reporting into the depths of both the military and shady financial institutions. What came about, a New York Times series exposing the exploitation of American military personnel by financial service companies, prompted legislative reform and cash reimbursements for tens of thousands of defrauded service members. For the series, she was a Pulitzer finalist in 2005 and received a George Polk Award, Harvard’s Goldsmith Prize for Investigative Reporting, and the Worth Bingham Prize.

Here, she breaks down how she reported the story, and gives a primer for any journalist delving into the business realm of reporting or entering a new reporting arena.

DIVE INTO THE BACKGROUND

“One of the things you always, always, always do when you’re writing about any financial enterprise is you look at its regulatory track record.

One of the things that surprised me about the company that was selling these funds was that it had no regulatory complaints filed against it. No consumer complaints at all. Now I don’t care how good you are on Wall Street, there’s some customer who’s going to be annoyed about something that happened. They’re going be pissed off and they’re going to file a complaint.

So I went to [New York Times researcher] Donna Anderson and I explained the problem. I said, ‘I can’t believe there’s nothing. No complaints ever about this company.’

I tracked down the retired officer who wrote it, and started following the trail of the report, where he had gone and people he had talked to. At that point, as every reporter who does investigative work ultimately has to decide, the story had gone in a new, and for me, far more difficult direction. And I knew everything I needed to know about mutual funds to do the first story I had, while I knew very little about life insurance and had a great deal to learn.”

So I went to work and it was a matter of breaking rocks all day, hammering them with a sledgehammer until something cracks and somebody agrees to talk to you.”

START SMALL—AND WITH PEOPLE YOU KNOW

“I had to establish a toehold on planet military—I didn’t even have the defense department press office phone number in my address book. I needed to start building a pathway into the military information structure because it was clear I was going to need comment, I was going to need to understand what their rules were, what their investigative processes were.

My first call went to the wonderful reporters in the New York Times’ Washington bureau who covered the defense department. Obviously, I told them what I was working on and why I needed contacts and they kindly steered me to people, gave me the names, numbers. They vouched for me in the various press offices in the different departments of the Pentagon.”

I think for a lot of reporters the world of business is unfamiliar and they forge into it without having done the necessary homework. And that makes them a less trustworthy investigator. And it raises the bar for people to trust them and cooperate with them and share confidential information with them.

“One of the things that struck me as funny very early on was the very unusual email habits of people on planet military.

Like all journalists I tend to treat email fairly casually—but not with the military. For one of the Public Information Officers I was dealing with, this would be a typical email:

‘Good morning, Mrs. Henriques. I hope you’ve had a nice weekend. Relevant to your query about such and such, I have identified several records that I believe may be helpful. I appreciate your patience. I believe I should be able to have them available for you by the end of business on date so and so. If this is a problem for you, please let me know. Sincere regards, Captain so and so.’

The little bell rings in my head—do not snap off a quick little reply to this guy. That’s not how they work. So my email to the military folks I dealt with always had to be very formal, very correct, very polite.

Just absorbing the culture made people more inclined to trust me and to talk to me.

Most of the reluctant sources that you’re going to rely on in an investigative project really don’t have any good reason to talk to you. If they’re exposed their careers will be destroyed; they may not trust the mainstream media. And certainly a lot of people in the military didn’t.

Putting yourself in their shoes, you have to figure out what will eliminate as many grounds for doubt as possible. Taking the time to do the homework so that you know not only the vocabulary, and not only the rulebook, but even the culture, and the protocol, and the habits of expression can go a long way towards persuading people to talk with you.”

“Once I was on the various bases, I was able to enrich my sources. People could see what I was after and understood that we had common ground in our concerns about protecting service members from abusive sales practices.

So I managed to piece together the story of what was going wrong, what efforts had been made to address it, what obstacles were being thrown up to prevent the efforts. But I needed some kids; I needed to be able to humanize an abstract story about selling life insurance policies and mutual funds.

But I was hitting a blank wall everywhere I went. Finally, I went to a base and met with a bunch of the people who help young recruits handle their financial affairs, and I noticed that one of them wasn’t in uniform. I introduced myself to this guy and asked what his story was, why he wasn’t in uniform.

Turns out he was retired but was coming back to help. Because of the up-tempo deployment, there was so much more financial counseling that was needed. So I went back to my motel room and looked him up in the phone book and called his house, and asked him if he could help me locate any of the service members who had experienced problems with these products.”

And he had the mom’s name and the bank. I called everybody with that name in the region that that bank served and I was finally able to connect with them, and left a voicemail message.

She called me back and said that she was thrilled to hear from me because she was so outraged over what had happened to her son. And within 24 hours I had the names of half a dozen of his buddies who had the same kind of problem with these insurance polices.”

How a Story on a Shady Russian Oligarch Came About