Trump supporters slam judge as biased over Hillary link, but she also has ties to the President.
Published November 05, 2018 | 5 min read
By Brad Hamilton 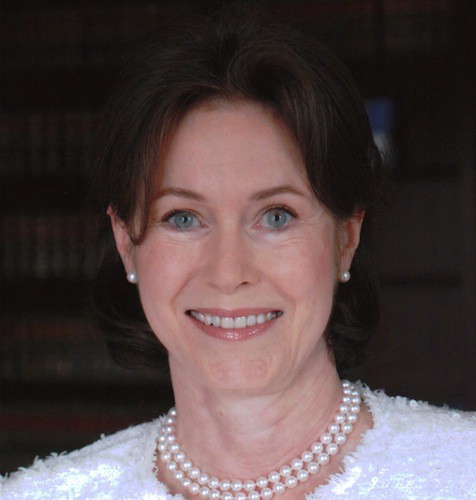 The impartiality of Manhattan federal judge Kimba Wood, a focus of our 2015 story on judicial conflicts of interest, is being questioned by supporters of Donald Trump and his lawyer, Michael Cohen, after she made key rulings in Cohen’s criminal case on Monday.

Jeffrey Lord, a pro-Trump pundit, argued in The American Spectator that Wood should step aside, citing the role Hillary Clinton played when her husband nominated Wood for U.S. Attorney General in 1993.

Hillary, wanting a woman in the job, advocated for Wood to Bill Clinton, then interviewed the candidate herself, according to the New York Times, before Wood took herself out of consideration after it surfaced that she’d hired an illegal immigrant to look after her kids.

“Anyway one wants to slice it, Judge Wood has a massive and vivid appearance of a conflict of interest,” wrote Lord. “The whole thing stinks to high heaven.”

Similar sentiments were expressed by Fox News contributor Sebastian Gorka, who worked as deputy assistant to President Trump until August 2017 and tweeted, “WHERE’S THE RECUSAL?” in all caps.

Additionally, Wood is compromised because she presided at the 2013 wedding of Clinton supporter George Soros, the billionaire investor, to his third wife, Tamiko, according to the conservative cable outlet One America News Network. “Concerns of a conflict of interest are brewing,” it reported.

Her husband, Wall Street tycoon Frank Richardson, served as a managing director at the Soros Fund, a role this reporter revealed in the New York Post in 2005.

But Wood’s conflicts cut both ways.

The 74-year-old judge, who was appointed by Ronald Reagan in 1988, also has financial and social connections to Trump.

Wood and Richardson are heavily invested in the Blackstone Real Estate Partners, a division of Blackstone, whose founder and CEO, Stephen Schwarzman, served in the Trump administration as head of a business advisory council until last August.

Their Blackstone stake was valued at between $1 million and $5 million in 2008, according to Wood’s financial disclosure filing that year.

Schwarzman’s firm made loans to Jared Kushner’s real estate family prior to Trump’s election, and the chief executive met personally with Jared on multiple occasions at the White House, according to the New York Times.

The couple also owned an unknown quantity of common stock in News Corp., the parent company of Sean Hannity’s employer, Fox News, according to Wood’s financial form. On Monday, the judge ordered Cohen’s lawyers to identify Hannity as one of Cohen’s three clients.

The judge, Evans and “60 Minutes” correspondent Lesley Stahl — who got the first interview with Trump after he was elected — have attended social events together, including the November 2009 launch party for Little Barrel, a wine accessory company started by Stahl’s daughter, Taylor Latham, and Taylor’s husband, Andrew Major.

Evans was a guest at the Major-Latham wedding in Santa Barbara in 2007, which was officiated by Wood, according to one source familiar with the event. And the judge came out to support an online venture started by Evans and Stahl, PureWow, a lifestyle website for women, attending a gathering in Manhattan to celebrate its launch.

Evans and Wood are both founding donors of the Bedford Playhouse, a cinema and cultural center in Bedford, New York.

Evans, a former publishing executive, became a high-powered dealmaker at the William Morris agency in 1994 — and Trump was among her author clients, according to Westchester Magazine.

Wood, who has denied being friends with Evans, is highly regarded for her legal acumen and no-nonsense approach from the bench, and she’s earned respect from judicial colleagues and lawyers who’ve argued before her.

But the judge has a history with conflict allegations.

In 2005, she made headlines in the New York Post because of her ties to best-selling author James Patterson while presiding over a copyright infringement case against him.

The case never made it that far.

During pretrial proceedings, Maharam asked the judge to step aside based on Wood’s associations with Patterson, including that the two had lived on the same floor of a ritzy Central Park condo, which the judge failed to disclose, and her husband’s firm’s investments in Patterson’s publisher.

Maharam objected to the Soros Fund’s $50 million stake in Time Warner, the parent company of Patterson’s publisher, Little Brown. Both entities were named co-defendants. She claimed there were ongoing social links between the judge, whose first husband was Time magazine’s chief political columnist, and executives at Time Warner.

Wood refused to recuse, then sought and obtained an OK to keep the case from an ethics panel. She later tossed out Maharam’s suit.