In the happy endings business, it pays to put on a happy face.

Claire knows this well. On a sunny fall morning last year she took the train from her home on Long Island to a storefront in the Chelsea neighborhood of Manhattan where the windows were taped over with yellowing paper. She walked in past the dangling doorbell, which hung loosely to one side, and the two teddy bears clutching chocolate bars, then continued along a narrow hallway lined with treatment rooms. A maroon sign with white letters provided the only clue about what business was being conducted here: “Spa.”

Inside, it was as dark as a movie theater, the paper and heavy curtains blotting out any semblance of sunshine. The smell of sweat rose from the carpet like mist. Three of her colleagues clustered around a desk, gabbing and scrolling through messages on their phones. Soon the place would fill with customers, so Claire changed into a strappy zebra-print dress and steeled herself for the job of giving massages, and occasionally more, to a parade of men, something she does for 80 hours a week.

Though Claire is careful not to discuss a price for this beforehand, she knows that providing a mid-massage “manual release” is likely to garner her a gratuity of $60 per customer, money she says she needs to support herself and her 16-year-old son. Claire could make more — as much as $150 per session — if she went further and had sex with her clients. She refuses. “People used to give me massages,” she said.

And while most customers shrug it off if she turns them down, some take offense. One grew furious and slammed her against a wall. She slapped him twice in the face and he bolted, fumbling with his clothes as he ran out. But the encounter left her in tears, shocked at how much her life had changed from her time in China, where she worked for 20 years as an accountant for a respectable business.

Claire is not her given name, of course. She arrived in New York from Shanghai in 2012 on a work visa, part of an army of Asian workers who support the booming business of illicit massage. Churning out an estimated billion dollars in annual profits, the industry has brought paid-for-sex to Main Street America and helped make a trip to the masseuse, spiced by the prospect of a steamy encounter, a national obsession. 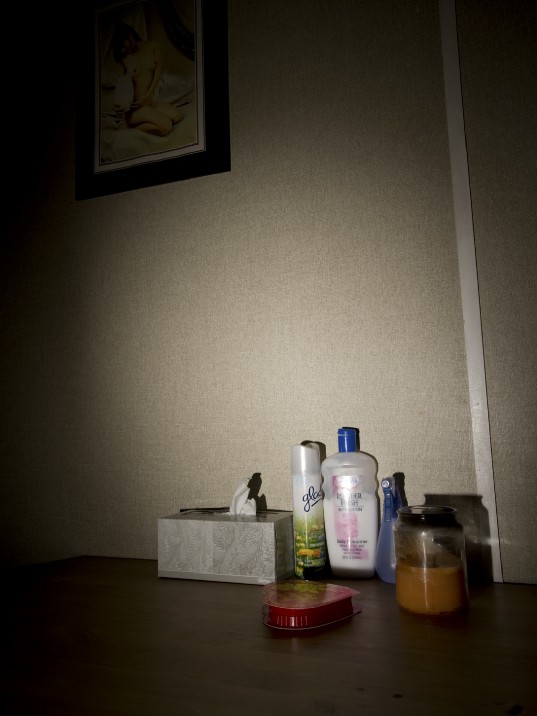 Over the last decade or so thousands of salacious spas and rubdown dens have popped up, from seedy to swanky, coast to coast. Approximately 1,200 are open just in New York City (which, by way of comparison, has some 2,500 bars and nightclubs, along with 280 or so Starbucks), according to industry estimates provided to these reporters. They’ve sprouted in virtually every neighborhood from midtown to Tribeca, brownstone Brooklyn and commercial strips in Queens, the Bronx and Staten Island.

The high-end parlors include an ultra luxe retreat near Rockefeller Center, where, according to one regular, it costs $100 to walk in but clients then can change into plush terry robes and enjoy the sauna or steam room before a demure Asian beauty politely leads them to be treated. On the lower end is a musty basement on Mott Street in Chinatown, where narrow spaces are divided by thin curtains but an hour-long massage costs just $40. Any extras are, well, extra.

Spas cover central and south New Jersey, along with big and small cities from New England to Pennsylvania, Virginia, the Carolinas and all the way down I-95 to the Florida Keys. Truck stops along 1–75 outside Atlanta are teeming with seductive massage joints. California is swimming in them. In Huntington Beach, Calif., the number of parlors jumped from nine to 65 between 2009 and 2012 and most were of the illicit variety, said the town’s police chief, Kenneth Small. “You travel through our city and you’ll notice that almost every corner has [one] on it,” he told a local TV station.

“There’s hardly a place in America where you can’t get a hanky-panky rubdown,” said Bill, a former Wall Street broker who now owns his own printing company, work that requires overnight trips to see customers. He says he’s patronized scores of massage parlors in many states over the last decade. “They’re everywhere. Canada, too.”

The culture of sex massage is currently drawing wide interest because of the saga of billionaire playboy Jeffrey Epstein, whose shapely blonde “traveling masseuse,” Virginia Roberts, claims she was his sex slave starting at age 15, when she began engaging in X-rated sessions with the ex-con financier (not to mention his pals Alan Dershowitz and Prince Andrew) at Epstein’s mansion in Palm Beach. Friends of hers have questioned Roberts’ credibility, saying she was not under his or anyone else’s control and that she appeared to relish the luxuries that came with her employment.

The scandal has prompted queries into the extent of the illicit massage industry: who are the customers, what are they demanding and how much money changes hands? Some critics want answers regarding the young women who work in this trade. Could it be that massive sexual exploitation is occurring all around us? Or is this mostly a matter involving consenting adults acting without untoward influence?

Nationwide, experts believe, the number of underground masseuses probably doesn’t equal the 132,800 legitimate therapists identified by the U.S. Department of Labor in 2012 or the $10 billion in yearly sales it estimates they generate. But a research study last year by the Urban Institute in Washington, D.C., found 4,790 erotic massage parlors on just one site, EroticMP.com, which posts addresses and user reviews. If each place clears $20,000 a month, a figure that two Rutgers University professors discovered was the average among illicit parlors, the industry’s yearly profits would top $1 billion. And this market is trending up. Labor expects the massage industry to grow by 23 percent between 2012 and 2022, a more robust forecast than for many other businesses. 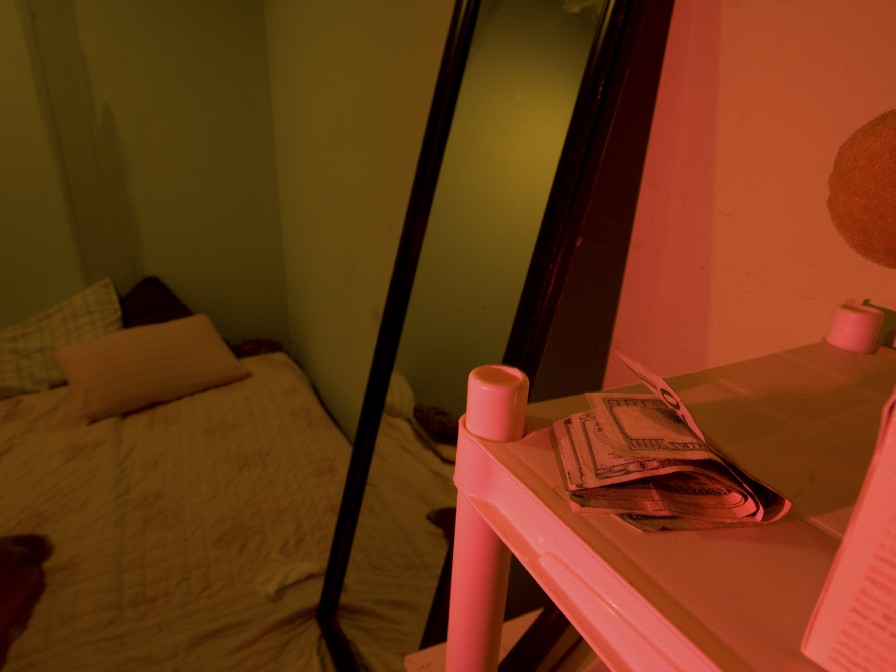 As Claire’s story demonstrates, the industry features rewards as well as a dark undercurrent. She never intended to become a sex worker. The divorced single mom left her country for a better life in the U.S. but ended up in a Manhattan nail salon until she could no longer stand the noxious fumes. A friend offered a crash course in deep-tissue therapy, which led to her new position as an unlicensed masseuse.

The job requires her to be ever pleasant and supplicating to customers, including the day a year ago when her mother passed away in a Shanghai hospital. Claire never got to say good-bye. Instead, she went to work.

“This is a difficult story,” she said.

Claire had attempted to return home but couldn’t because of a visa problem, and her anguish mounted as family members sent photos of her ailing mother’s final days. “I wanted to kill myself,” she said. There was no one in New York to console her.

“People don’t want to talk about their hurt. Even with my friends, we don’t talk. If we talk and someone starts crying, we stop and talk about something else.”

The trade is fueled by hopeful immigrants like her — predominantly from China, Korea, Thailand, the Philippines and Russia — and owners who range from ordinary mom-and-pop entrepreneurs to canny international businessmen, some with possible criminal ties. A significant number of workers get started in New York, where they train in massage techniques before finding jobs in the city or traveling to other metro areas. Legions of others begin in L.A. or surrounding towns.

Law-enforcement is sporadic. The “rub-and-tug,” popularized in film and on TV shows and talked about incessantly online, lacks the stigma it once had and is only randomly targeted by police, particularly in large cities, where it’s most commonly found. And though some argue that trafficking and exploitation are persistent problems, much of what goes on behind closed doors is voluntary and free of organized criminal control.

That’s according to a host of massage parlor workers, owners and customers, as well as prosecutors and academics who have studied the industry, which is run by a decentralized, loosely structured amalgam of independent operators. One aspect is undeniable: these owners are pocketing enormous profits. It’s easy to see why.

“There’s hardly a place in America where you can’t get a hanky-panky rubdown. They’re everywhere. Canada, too.”

They can set up shop anywhere they find a suitable space, often in urban zones but sometimes in suburbia or rural corners, such as Eden Prairie, Minn., and Barre, Vt. Masseuses, many of whom are illegal aliens lacking professional licenses, are a snap to recruit as they earn wages that can approach six figures a year in untaxed cash.

Nor is attracting customers a problem. Alluring ads featuring bikini-clad models abound on Craigslist, adult sites like backpage.com and in alternative weekly newspapers. Hundreds of explicit reviews are posted on EroticMP.com, SpaHunters.com and RubMaps.com.

“They are part of the growing sexualization of Western culture, which includes music lyrics, movies and books like `Fifty Shades of Grey,’” said Ronald Weitzer, a sociology professor at George Washington University and an expert on prostitution. “It seems like almost the norm for them to be scattered around in cities like New York.”

Their popularity is bolstering arguments for decriminalizing prostitution, much like medical marijuana helped legalize pot in Oregon and Colorado, according to Weitzer, who says that reports of subjugation are valid but not representative of the industry as a whole. “Yes, there are workers who come from Korea or China but that doesn’t mean they are coming against their will,” he said.

“At some point you have to ask: Is there a problem here? Police are devoting almost all their resources to street prostitution, which has the greatest incidence of minors, pimping, drug addiction and coercion. In the big cities, they certainly are not paying as much attention to the indoor trade unless the cops learn of money laundering or organized crime or there’s a specific complaint from the community. A lot of people see it as a victimless crime.” 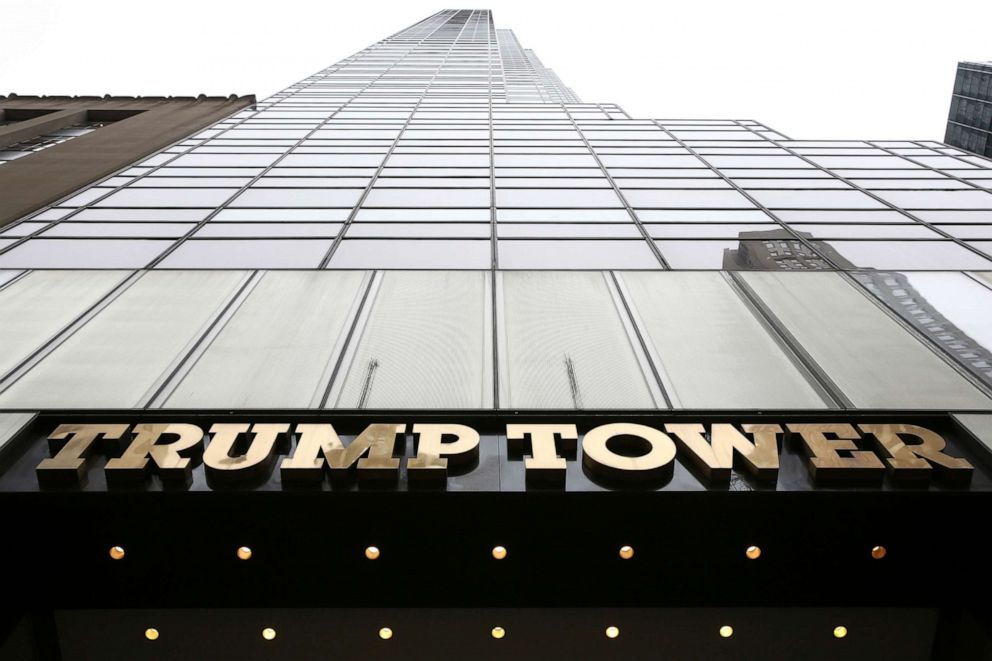