AN EXPLANATION OF DONALD TRUMP’S POPULARITY

Now that we’ve gotten past this year’s midterm elections, which were widely viewed as a referendum on the presidency of Donald Trump, it seems a good time to examine why so many people tolerate his constant lies.

To be sure, they’ve been piling up of late, reaching 11 on The Donald’s whopperometer.

He’s talked about protecting people with pre-existing conditions, when he and the GOP have done everything possible to end Obamacare; claimed that the migrant caravan is full of Middle Easterners and MS-13 gang members, without any supporting evidence; and vowed to pass a “major” tax cut for the middle class when no such provision has been proposed and lawmakers aren’t even in session.

Not that anyone is really buying all that bull. Stephen Colbert had this bit on Trump’s laughably untrue assertions.

So the question becomes, why don’t more people care? Why do his supporters—roughly 40 percent of Americans—shrug off the stink heap of Trump’s manipulative mendacity?

Some suggest that they’re so deluded or misinformed that they actually believe his nonsense. Another theory is that they put up with the B.S. because they want other things, and like other things, from Trump. Or maybe they just enjoy how upsetting these lies have been for the president’s opponents. Trump’s fiction is tolerable because everyone in politics fibs, they might reason, so when he issues obvious falsehoods, he’s playing the game for their benefit, to discredit those horrible liberals who prevented them from having a leader who feels their pain.

I think there’s another explanation.

It’s not that these people are dismissing or excusing Trump’s mularkey.

They actually love the lie.

This is not some surprising revelation, nor a condemnation of one person or one party. Americans of all kinds respond well when our leaders spew baloney, particularly when they’re under attack. We gobble it up.

We wanted to hear that Nixon wasn’t a crook, that Clinton didn’t have sex with that woman—polls prove it. A contemptuous denial of embarrassing evidence bolsters our faith in the commander-in-chief, while portraying him (or her, someday, perhaps) as unfairly accused. We know the lying snake is guilty as sin. But that brash, devilish defiance scores in our hearts.

“I think Americans really show their ignorance when they say they want their politicians to be honest,” said the late, great George Carlin. “What are these fucking cretins talking about?” Carlin, the comedian philosopher whose take on political “bullshit” is worth revisiting, went off on former president Bill Clinton for spreading it around in his last HBO special in 2008. “If honesty were suddenly introduced into American life, the whole fucking system would collapse.”

It’s not difficult to understand why we might want to be reassured that everything is wonderful and will  only get better from now on. It’s not, but we don’t care. Political prevarication makes us feel better. The tall tale pumps us full of the confidence—in ourselves and our government—required to keep slogging ahead.

Trump is taking this dynamic to its logically absurd extreme.

Even his signature slogan is a showman’s sham. When was America great, and when exactly did that greatness vanish? And how is it that we’ve now restored our former glory under a president with epic unfavorables and worldwide condemnation? Trump’s supporters aren’t asking. They’re basking in this moment, no longer compelled to worry about how badly humans treat each other, animals and the planet. Their devotion isn’t based on the strong economy or low unemployment rate. It comes from being on top, feeling grand, and enjoying a respite from the need to be understanding of others. They’ve shucked the morality cops, riding a wave of guilty pleasure, and no amount of hard truth will interfere with that high.

Indeed, Trump’s conspicuous con job is itself endearing. He’s very much like Frank Gallagher, the rogue hero of the hit Showtime series “Shameless,” a man without morals, obsessed by his own self-interests, willing to do or say anything. We can’t stop watching dastardly Frank scramble, rail against his foes, cast himself as victim, and screw over anyone for any reason. When he tells obvious lies and gets away with it, we cheer.

The perversion stems partly from our wanting to be that free, to nakedly pursue what we desire and ignore what others think of us. Trump’s understanding of this appeal (“I could stand in the middle of Fifth Avenue and shoot somebody and I wouldn’t lose any voters”) underscores his political genius. He told ABC News this week that he’s capable of telling the truth, implying that he chooses not to because falsity is his friend. He said as much to Lesley Stahl, who reported that after he won the nomination Trump confided to her that his slamming of the media as “fake news” was a calculated ploy to discredit any criticism of himself.

We like our president to be fallible. We don’t appreciate feeling inferior. The high point of Clinton’s popularity came after he was forced to admit he’d lied about Monica Lewinsky. If you’ve wondered why so many people despise Barack Obama, who saved the country from economic collapse, consider the content of his character. He was, unmistakably, a very good man—a faithful husband and devoted father, smart, well-educated, handsome, successful, hard working, funny (“Orange really is the new black”), a reader, an orator, a statesman. He’s better than me, that’s for sure. Better than most. So of course you can’t trust him.

It’s easy to be a better person that Donald Trump. And millions are  damn glad about that. They’re delighted to learn that the president and his father were tax dodgers, that he invented his story of success, that he constantly cheated on his wives. What a rascal! For as many people were appalled by those extramarital affairs, an equal number looked at Stormy Daniels and Karen MacDougal and concluded only, “They’re hot!”

At some point, we will return to our senses. We will elect a president who has the country’s, not his own, interests at heart, whose administration isn’t riddled with convicted felons, who believes in science, who doesn’t demean women, rip other races or resort to puerile name calling like a petulant child. And who won’t deny reality. That will be refreshing.

But when we grow up, when we end this dark vacation from responsible behavior, it could well be too late to fix the damage this demagogue has done. 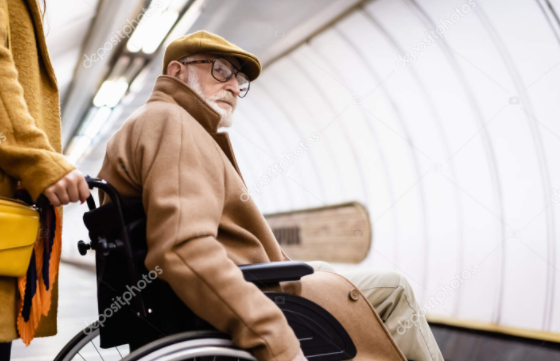